Last year, I visited Tokyo for the first time. I am certain I am not the first visitor to Tokyo to be struck by the stark contrasts found in the city, the serenity of the temple garden set against the chaotic din of the shopping district, the traditional low slung neighborhoods that are interspersed between the seemingly endless high-rises. This recounts one day spent in Tokyo last year, experiencing three distinct axes, and the transition between.

The walk began in north Tokyo,  in Ueno Park. One of the larger parks in the city, I was drawn here with a desire for quiet, both in the park, and hopefully, in the adjacent traditional neighborhood of Yanaka. The first two days of the trip had been a blur of neon light and fire breathing robots, all regarded through a haze of jet lag. I tried to fit in, but alas. I needed peace. 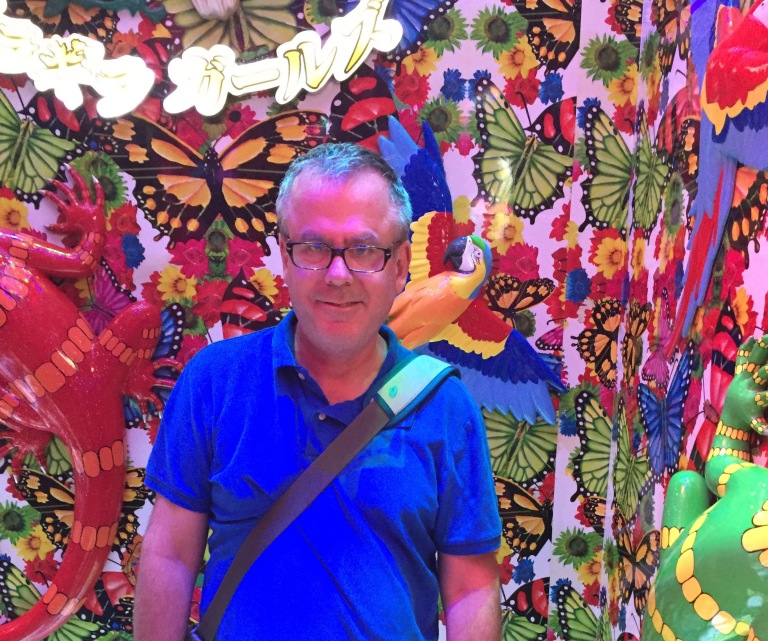 And so setting off from Ueno Park, I moved past the crowds around the park’s museums, and found my way to a quiet little set of temples-the Kaneiji Temple and grounds. They seemed forgotten, tucked behind a school. The temple beckoned from the street. 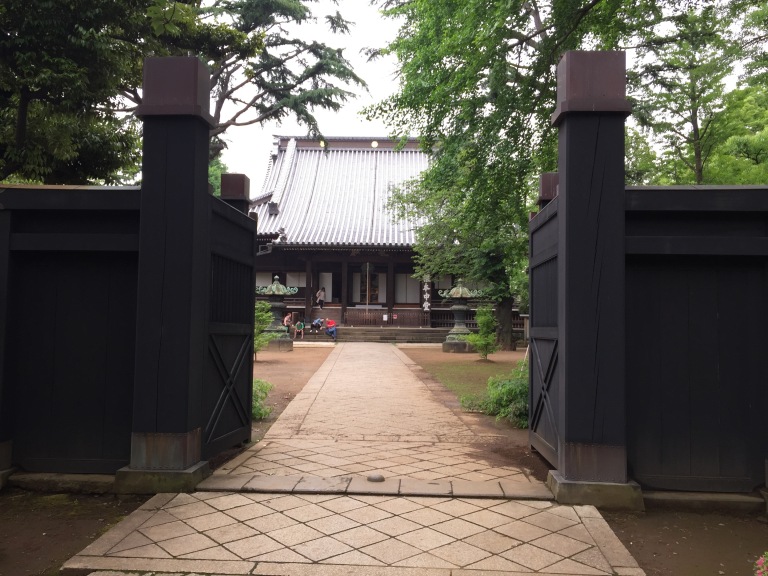 Once inside the gates , I was transformed. The city I had experienced to date, one of 2 dimensional surface and garishness, gave way to one of 3-dimensions, full of subtlety ,depth, detail. As I roamed the gardens, and sat in the temple it occurred that this was one distinct axis of this city’s identity- the x axis if you will. 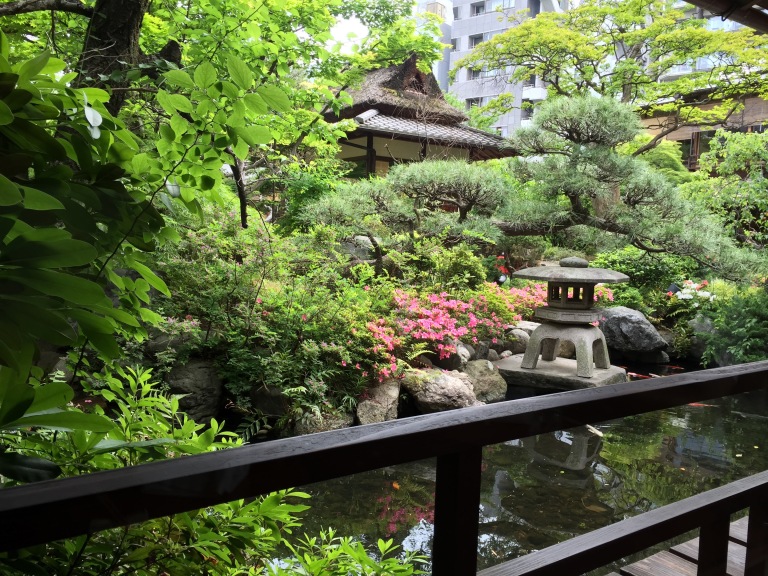 What made this spot so special was it seemed so out of the way, it was definitely not on the tourist circuit. This compound was in essence a portal to the past, , and through it, awaited the neighborhood of Yanaka.

Yanaka was developed  as a “temple town” during the  Edo period , roughly the 17th through 19th centuries. Spared by bombing in World War II, it has survived in tact.

I walked through the streets on weekday afternoon, the neighborhood a combination of small , elegant wooden houses, galleries, and the occasional  corner store. 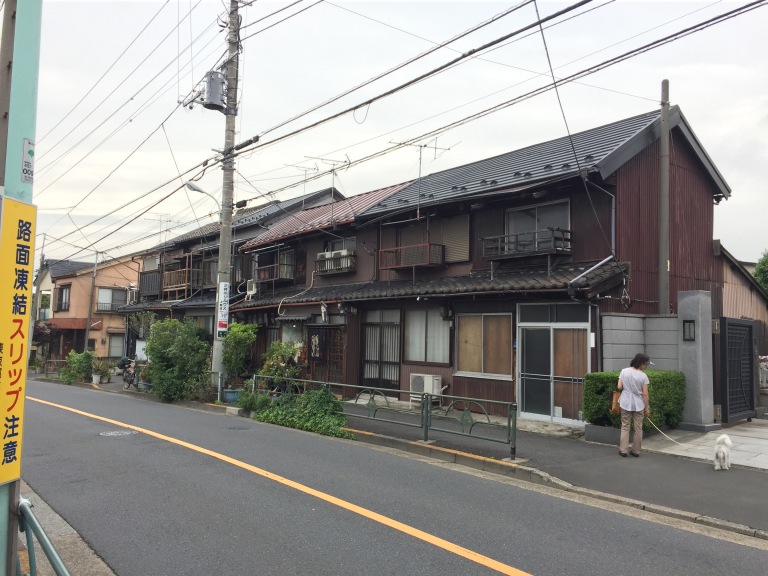 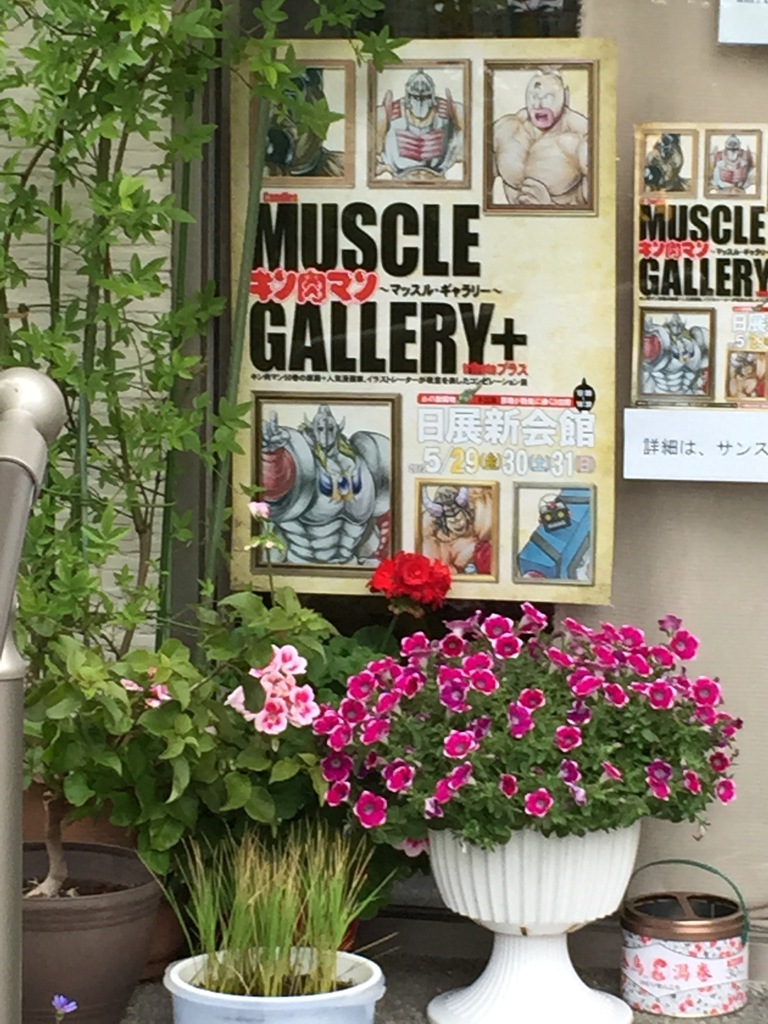 Best of all, as a”temple town” , there was an extraordinary collection of small temples scattered throughout the neighborhood. They beckoning you in from the street. 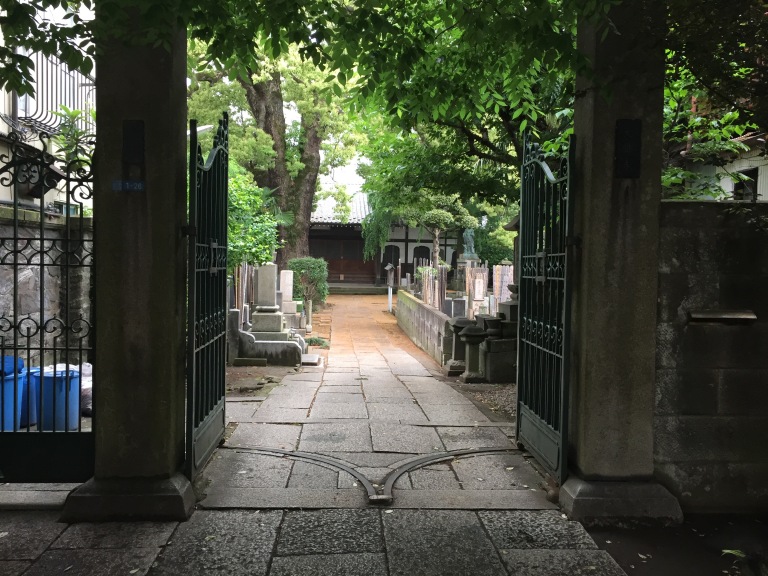 It was mid-afternoon on a weekday, and soon children starting appearing , queueing up to be released into the afternoon.

For the first time in Tokyo, I felt I had slipped behind the curtain, and the city that I was having trouble understanding, translating, was beginning to reveal itself.

From Yanaka, I made my way back to the park and eventually, the  train home. As I walked , the crowds returned, the streets narrowed, and I descended into a compact rabbit warren  under and around the elevated tracks.In Tokyo, and throughout Japan, particularly near train stations, there was often these types of shopping areas. Populated with very tiny shops, selling food , souvenirs, junk, all amidst a throbbing pulse of color and sound. Crowded, loud, a sensory overload. The Y axis. 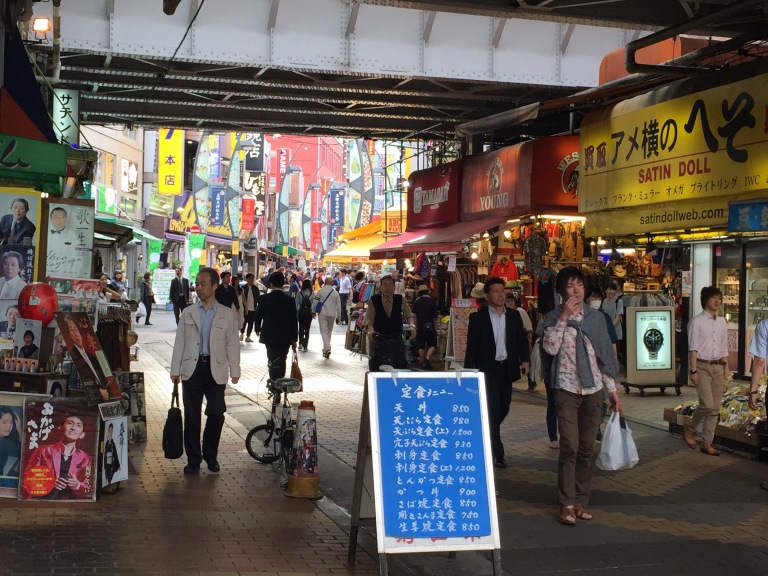 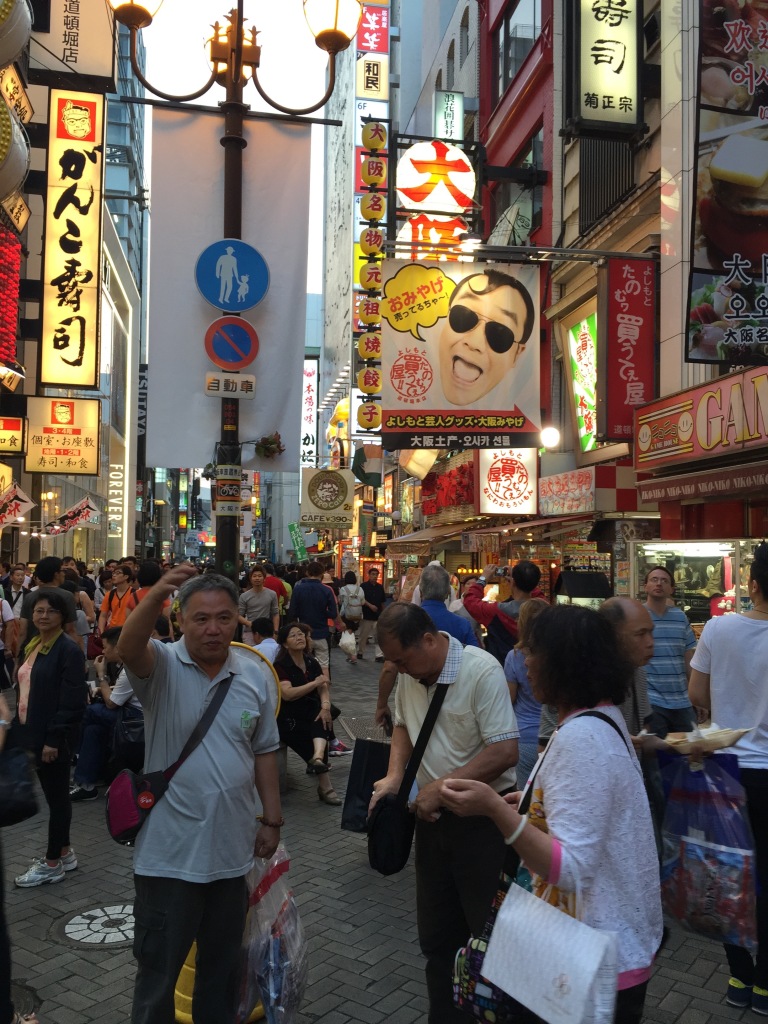 Somehow, it seemed these areas were just as vital as Yanaka. A place of escape, from the long workday perhaps, or maybe just the societal mores that restrain in Japan. It is a land of fantasy…giant baby buddhas, and , oh yes, fire breathing robots.

After the walk, I headed back to our hotel. We were staying in a high-rise, a hotel sitting on top of an office building, the lobby 25 floors above the ground. I still felt considerable jet lag, and between that, and where we were staying, I though of this guy. Lost in Transition, or Translation.

We were staying in Shiodome, a newer section of Tokyo , packed with high-rises, in  a hotel much like in this movie.

On the ground, one found layer upon layer of roads, rails, and walkways.

Amidst this maze, multiple levels of shops. It seemed a wonder that people could find there way to some of them.

True vertical cities, with an array of uses not seen in the high-rises of the west, it seemed this was a third axis , the Z axis. In its soaring verticality, these complexes seemed to combine aspects of the x and y, some of the crazy din down low, and up high, above it all ,  some solitude- the city and all its crazy incongruities now far below. 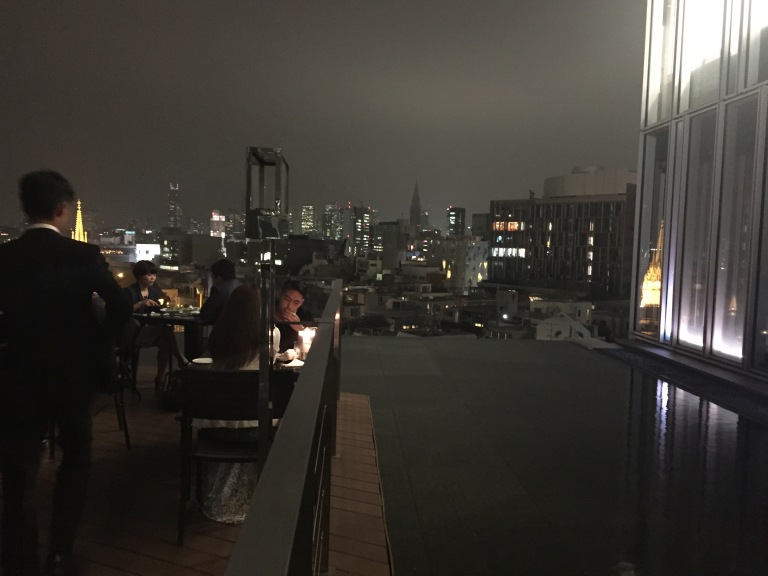 Tokyo , and Japan, remained a bit elusive throughout the trip. I had barely scratched the surface. Weaving between worlds, the jarring transitions between the X and Y, and left to contemplate it high above in the Z. There was indeed something lost in the translation of all this.

I was reminded of an old Simpsons episode, when Homer was stunned to see his likeness on a box of Japanese laundry detergent. It seemed incomprehensible, what did it mean? What was lost in translation? 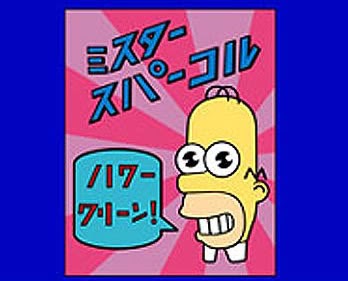 Turned out it was corporate logo, the result of combing two company logos- a fish with lightbulb.

I guess if you dig  hard enough, there is always a translation. Take that Fishbulb.