A number of years ago, I read a book by the Native American writer William Least Heat Moon- “Blue Highways”. It told of his driving tour of the country, all on its back roads, or ‘blue highways’. I was captivated by it, and have done similar, smaller versions of this myself over the years. Last week, I took my latest,  a one week trip around the state of California. My partner Juan and I had planned a trip to Palm Springs, where we have a second home, and I decided, since I had the time, that I would drive down, spending a couple of days each going down and coming back.  The first installment covers the first leg of the journey, from San Francisco to Bakersfield. Here is the route:

The first leg of the trip took me south down 101 to Atascadero, then east on Route 58 to Bakersfield. The focus of this installment is the middle part of the trip, generally the areas north and east of Paso Robles. Traveling down 101 sourth takes one through a region that I like to think of as being “classic” California, or, the reason someone decided to nickname the place the Golden State. Rolling hills, studded with oak trees and grazing cattle. And it is an historic and primordial route, generally following the route of the old El Camino Real, as well as the San Andreas fault. 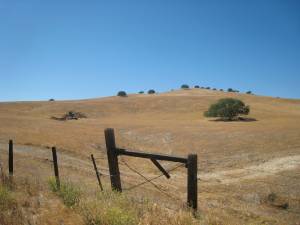 As every California school child no doubt knows,El Camino Real, or “The King’s Road”, was the route developed by the Spanish that linked 21 missions , from San Diego to Sonoma. And about mid-way on this leg, I stopped at one of them ; Mission San Antonio de Padua.

This mission is really like none of the others. For one, its sits on an army base, Fort Hunter Liggett. Two, it is remote, it is not located in a town, as are  the others. As a result of this, the mission feels very much like it must’ve felt in the 18th century. Approaching from the south on a hot dusty day, it doesn’t take a great leap of imagination to feel what it must’ve been like to arrive here.

The mission was founded in 1781, and the current buildings are about 200 years old. The multiple foot thick walls reflect the building technology of the day, baking thick adobe bricks in the hot sun. The result is a building perfectly suited to the climate, thick walls to cool, and arcades to shade .  There is a plaque inside listing the early fathers, all from Mallorca, Spain. What it must’ve been like, coming to this place in the 18th century, from Spain no less,- “Father, I know you wanted the Madrid post, but we’re sending you to Soledad-…huh”? In short, the mission is an extraordinary 200 year old set piece.  Here are some photos.

Almost across the street, is another landmark from a different era. Known as “The Hacienda” , it was built built in 1930. It was designed by famed Architect Julia Morgan for William Randolph Hearst, who had bought a considerable amount of land in the area. Of course, just over the mountain, was San Simeon, also designed by Morgan. This building served as lodging for guests such as Errol Flynn, Clark Gable, and Dick Powell,  who would drive in , or arrive on horseback from San Simeon. So a century after the padres ruled the valley, converting indians to Christianity, hollywood stars played cowboys and indians admidst the  oaks.

Unlike the mission, this building was built of concrete. It is rather whimsical, with its domed tower and curious belvederes. The tower was where Hearst’s “special friend”  Marion Davies stayed. 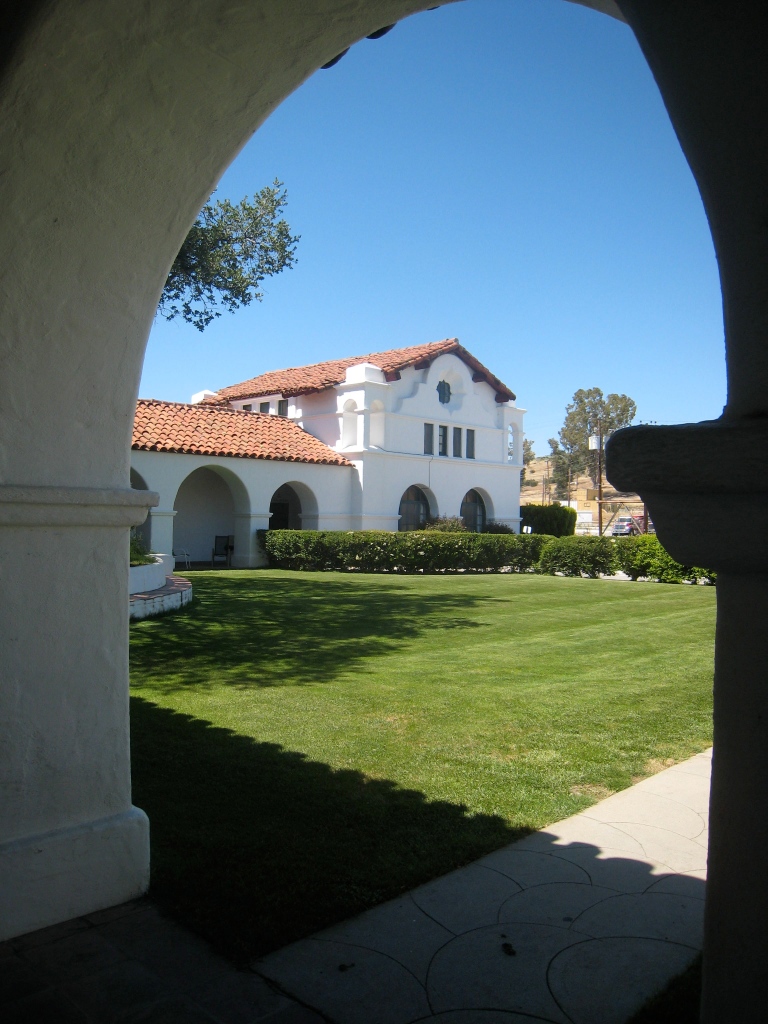 I departed this glorious valley, and continued south to Atascadero, then east on route 58, climbing out of the ‘valley of the oaks’ . . and into a high plain grassland, the only surviving example in California. At this point our route has left the King’s Road, and is now tracing another major California marker, the San Andreas Fault. This grassland, and the dramatic evidence of the fault, were preserved in 2001 as part of Carrizo Plain National Monument. It is probably most dramatic from the air, but alas, Urban Ambles could not afford the plane. 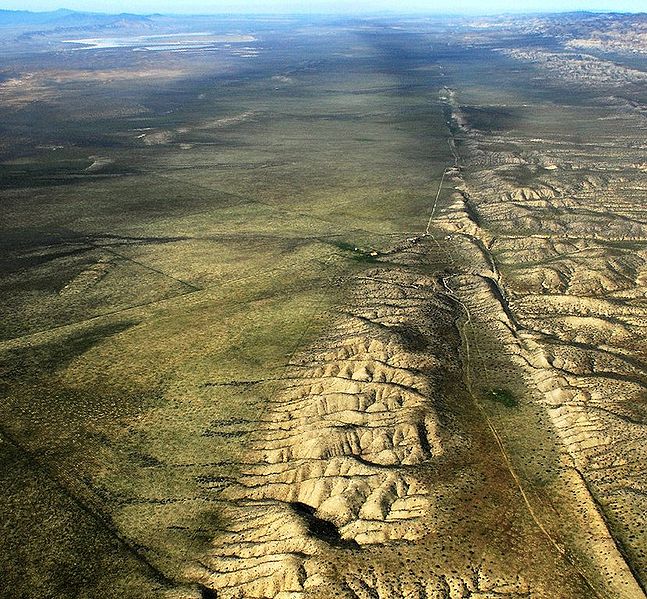 Stopping at the grassland was as quietly contemplative as the mission. But the sound it what is different;  rather than the staccato of crickets and fountain, we hear the constant wind roaring through the grasses. 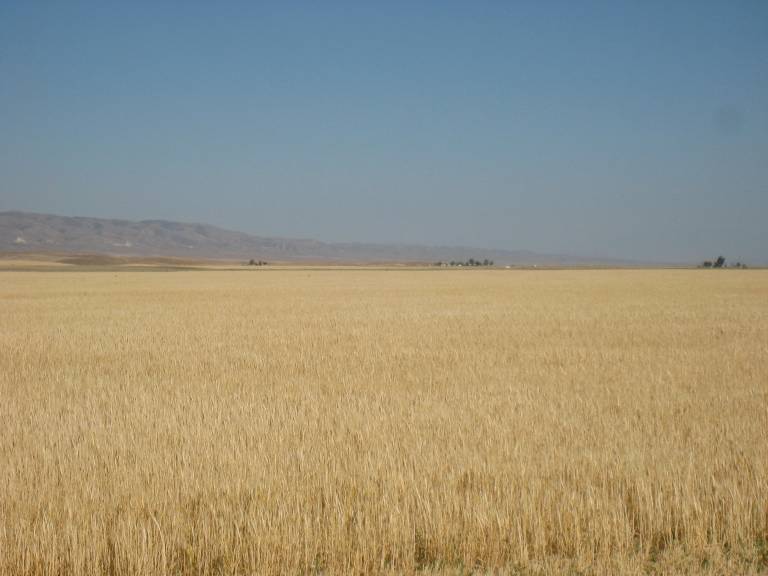 There did not seem to be another person in this entire monument when I was there, and the effect was mesmerizing. At the center of the monument was a large dry lake, which one can walk out to.

Finally, there are people who live on the edges of the plain, amidst the ruptured hills. I departed the valley late afternoon, heading through the valley for Bakersfield, and looking forward to the next leg of the journey- the roadside wonders of “The Mother Road”.