I was driving  south in central Nevada, heading to Death Valley, and I wanted to pull off the road to soak in the vast expanse of this part of the desert , away from the highway. Finding a dirt road , I drove a couple of miles, and then a couple more, and so on , and reached a point where it was possible, as it turned out , to hear nothing. Or almost nothing, because in the distance, I could hear the periodic racing of wild horses . You can barely see them below. And can I say, that standing here and having the only sound you hear is wild horses running hundreds of yards away is beyond words.

Its in this landscape, in the middle of nowhere, that my next short amble would take place, in the eerie town of Goldfield. Goldfield is a particularly profound example of  what would be categorized as a “near ghost town”. Gold was discovered here in 1902, and the town boomed, reaching a population of some 30,000 by 1906, which made it the largest city in the state of Nevada. Here is an old post-card from that era that extols the town, whose newfound riches spawned much construction, most notably the  massive Goldfield Hotel, which sits on the right:

But, just as quickly as they came, they went, which is pretty much the story with boom towns in Nevada and elsewhere in the west. With so little other options for sustaining the economy in this part of the desert (no farming), and so few other towns , the prospectors and their support network would simply pull up and go, leaving semi-preserved towns in their wake. Two years after this photo, the population dropped to less than 5,000 from 30,000. By 1919, the last mining company left, and in 1923, a large fire chewed through all the wood buildings in town. But the brick buildings survived, many to this day.

Today, about 400 people scrape out an existence in this town. But the large masonry edifices of the past remain, incongruously casting long shadows on a scattering of small wood structures  that gradually fade into the desert with the usual cacophony of rusted cars and abandoned trailers. There is a newish county courthouse in this town, but other than that, a run-down looking motel and a small convenience store constitute commercial activity here. Residents drive 25 miles to Tonopah to get groceries. DO NOT forget to get milk.

The streets were deserted as  I walked around here, and the walk began and ended with the Goldfield Hotel, noted above.  When it was built, the hotel was considered the most luxurious hotel between Chicago and San Franciso. It boasted 154 rooms, chefs from Europe, and the first Otis Elevator west of the Mississippi, all staggering to consider. The hotel declined with the town, and closed for good in 1945, and  has sat  deserted since, rumored to be haunted. Here is a perspective of the town today, with the hotel in the backgound, looming over a landscape of an ancient archway from a long demolished building,  sheds, gas tanks, and old televisons.

Its a testimony to the strength of the materials, the design, and the craftsmanship, that remnants or whole structures still hold up without upkeep. It is breathtaking, and heartbreaking, to see these neglected structures. Here is the hotel up close, and plenty of parking : 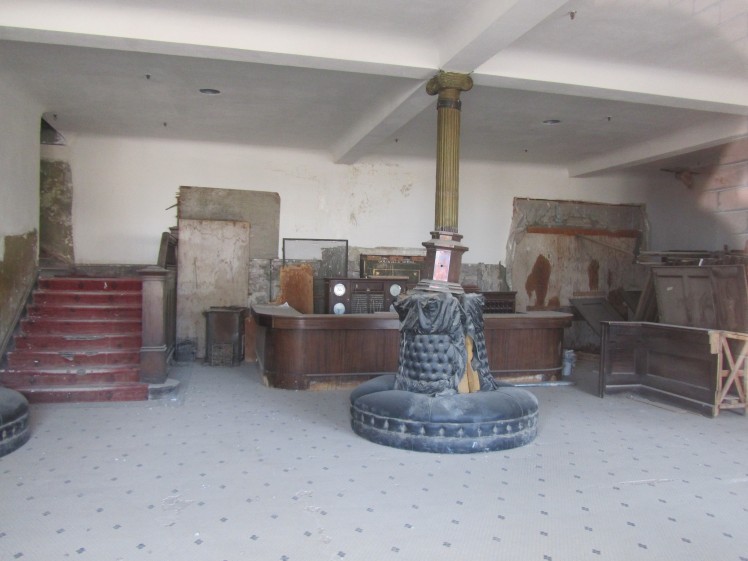 As a town of 30,000, it also needed a large school. As a town of 400, it does not. Here is the school, a very handsome red brick schoolhouse with a fine Richardsonian entry. What an absolutely phenomenal building this is, and could still be : 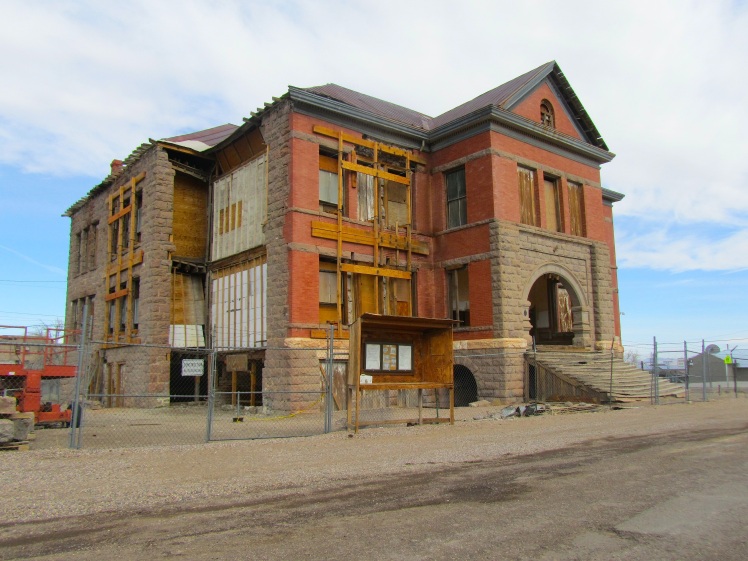 Several old retail buildings are currently in very good shape, and in fact are partially in use:

I felt  like an intruder as I walked through here, a bit of a voyeur. People do live here , and I imagined myself mining, in this case, a “mining” town’s checkered past, all for a story.

But surely something could be done with all these great buildings. They have, as they say, great bones, and  in the case of the buildings immediately above, literally ready to go. Then again, as in 1910 when people left in droves, you need  a market to sell to. And like then,  there is none.

Later that day, after hiking in  Death Valley, I stopped at yet another Desert ghost town, Rhyolite, before calling it a day. It too with a story almost identical to Goldfield, it too with fragments of buildings and at least one intact building, here a train depot: 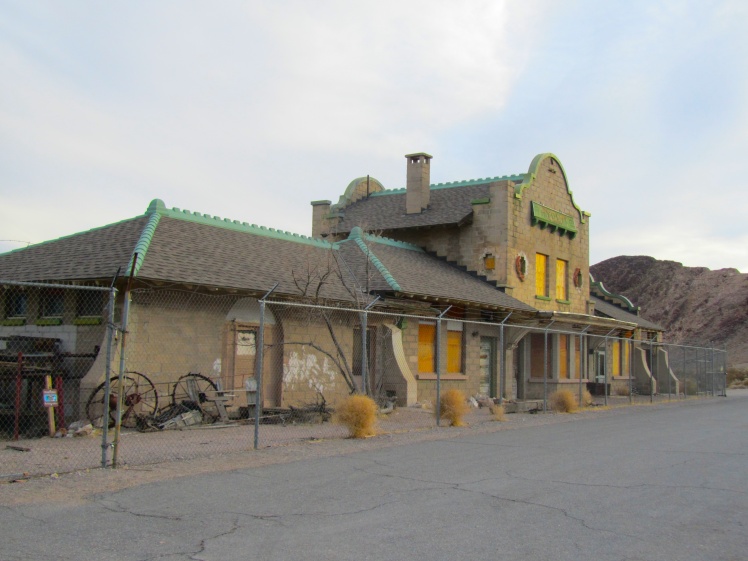 Surely there is an entrepreuner out there who could create a desert resort out of this  old depot. I am imagining  a small collection of rooms for travelers heading to nearby Death Valley, a great restaurant;  a spa perhaps, or wait, maybe an artist colony , or wait, with the dark skies above, maybe something to do with stargazing, or…………..wait. Yup, I think what draws me to the desert is not just the space, but the attendant sense of the possibile. I think no doubt this has driven the Burning Man phenomenon in the northern Nevada desert, both the physical and psychological  blank slate of the place. But the desert is an unforgiving place, and for the most part, what you end up bearing witness to is the monument to the derailed chase for gold. And honestly , part of what draws me here is, like it or not, the inherent beauty in these castrated dreams.

But I’ve got a piece of land, and for the right investor, I’d be willing to negotiate. The bones are good, it needs work, but their might just still be a bit of gold in that mountain. 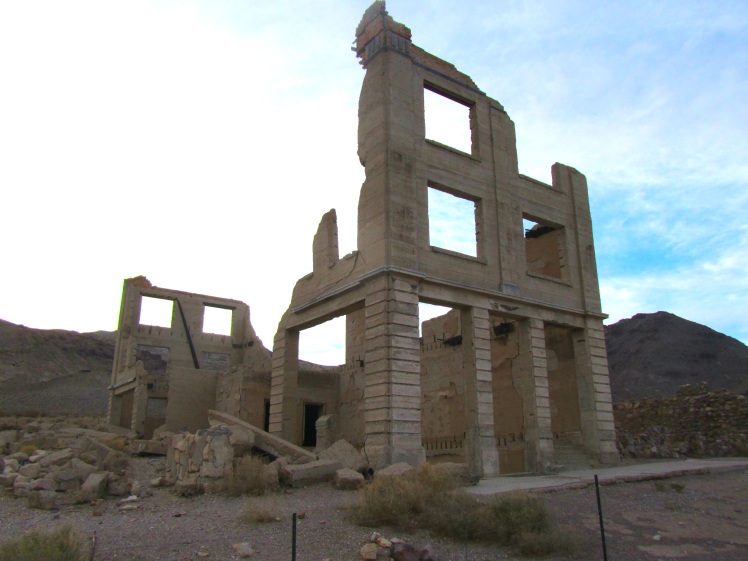